Year of the Dragon: Kaizen Collective


Our artist, today, is actually two people: Jason Moll and Lisa A. Starace. Together they make up Kaizen Collective, a project of discovery and experimentation through serigraphy, or the art of screen printing. Through the medium, Moll and Starace have come to express their graphic design backgrounds, their fine-art sensibilities, their passion for music, as well as their sense of celebration.

Two of the countless admirable qualities of Kaizen Collective is their patience and humility. Their blog documents the step-by-step process through many of their projects, laying bear their enthusiasm and abundant creativity even in the face of several set-backs. Their efforts make it clear that they are living up to the original Japanese meaning of their name, which signifies incremental growth, teamwork, and a striving for efficiency.

The Lonely Boat series of prints was an early project for which Moll came up with the idea of a lonely figure in a boat at sea, while Starace came up with the idea for an anchor which beautiful compliments the solitary mood by emphasizing a lack of motion. The pair then printed the boat on a number of different surfaces including a thrift-store painting and a coffee-stained sheet of paper.

"We started Kaizen Collective out of a mutual interest in the silk-screening process and as an opportunity to be creative outside of our day-jobs and without outside constraints," says Starace. "Neither of us had very much knowledge in silk-screening, and we liked the idea of including others in on our learnings, including the many errors we've made along the way. Our particular interest in silk-screening came from the hands on quality that it entails. We are mostly on computers all day at work, so there's something therapeutic about mixing ink colors, burning screens in the sun, and making prints without even having to turn on the computer."

That brings us to another aspect of the dynamic duo's work, the challenges and benefits of the medium itself. It is a process that puts the artist's or artists' touch on every single copy of an image. The more skilled the artist, the more detailed the image, and more complex the color scheme. The finished products are often immediately distinguishable from brush painting and photography, which is a treat for the eyes. But at the same time, because of its more uniform application of ink, the effort and artistry behind the images often tends to be camouflaged, and their communicative power often ends up being cloaked in subtlety.

"Screen printing certainly has mixed blessings," says Moll. "I can't even begin to tell you how many hours we've wasted having to start over on burning screens, pulling prints, and so on. However, it's that same variable of imperfection that leads to delightful, unexpected surprises. Each print we make is unique and has subtle flaws that often end up being our favorite parts of the print. There are many limitations in the medium, including limitations on colors for each print and limitations on the level of detail we can achieve. We burn our screens in the sun, which is not as precise as commercial light boxes, so we have a limit to the level of intricate detail we can achieve. At the same time, we enjoy the challenges of limitations. It forces us to think of creative ways to implement our concept for any given project."

Among Kaizen Collective's projects are several pieces designed for the promotion of rock bands.
"Lisa and I have a huge passion for music," Moll shares. "Lisa was in bands when she was younger, and both of us were involved with college radio in our undergrad. Lisa has a huge vinyl collection (over 1,400 records) and both of us go to concerts regularly, so it's just natural that we are drawn to creative visual expressions of the music we love. We got involved with Roger Preston, of Bleeding Gold Records, at a Space4Art show where our work was exhibited, and since then we have had a wonderful time producing several album posters, with more on the horizon. It is so much fun to listen to the music from a band and then synthesize it to an iconic image. Often the lyrics inform the visuals, but the vibe of the music is also important to convey."

In the two images presented here, a promotional poster for Golden Glow's Tender is the Night album and a poster for the Notes' Wishing Well album, we see different takes on the idea of an unseen source of light. In the Wishing Well poster, a lighthouse's beams are missing a bottled message. In the Tender is the Night poster, the idea remains, though the presentation is more elaborate. With only one window in the apartment building lit, we see a person's silhouette, possibly he or she is playing the album, which would suggest that the album evokes a special after-hours solitary mood, and that it has the power to communicate to each listener as if he or she were the only person awake to hear it. But the magic doesn't stop there. Besides the lit room, we also see moonlit snowflakes drifting down, and even the shadows of those flakes on the snow-covered ground. The weak glow of the falling snow and the blanket signals that the moon is out and positioned directly over our heads. It would be a tremendous and ambitious achievement to pull through any medium, but even moreso for the screen-printing medium which is best known for depicting words, soup-cans and faces.

While we're on the topic of Andy Warhol's soup cans, Starace describes Kaizen Collective's artistic forebears this way: "Warhol was certainly the forefather of utilizing the mass-production process of the silk-screening for fine art purposes, but we are more personally inspired by poster artists like Jason Munn, who create beautiful, clever posters that often have a visual twist. Both artists are highly based in concept, though, which we really admire and try to push in our own work."

At last year's "Release the Kraken" show put on by Subtext Gallery, Kaizen Collective was asked to create a piece. They were presented with a completed ocean painting on canvas, on which they were asked to add sea monsters. And so they did, along with an enflamed ship, and an old-school antennaed tv set as a custom frame.
"We wanted the result to be really fun and playful," says Moll. "We titled it Saturday Morning Monster to evoke the nostalgic feeling of childhood." 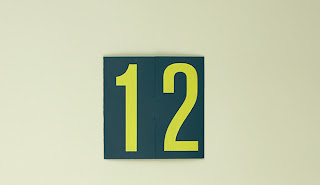 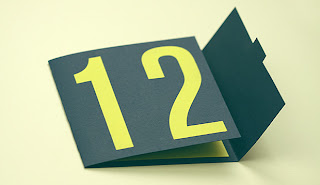 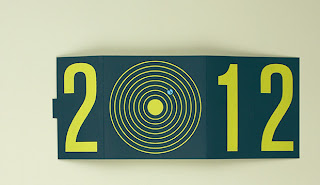 Kaizen Collective's projects seem to be carefully chosen, based on subjects and themes that they are inspired by. The messages expressed all seem to be positive ones, as if their concerns are not only aesthetic but also to a degree about promoting their wish for a prosperous, creative society.
"I think the reason a lot of our work has a sense of positivity is because we are doing this for fun and really enjoy it, so the natural result is art that embodies that," Starace says. "We are both fairly optimistic, but balanced with a healthy amount of cynicism. We embrace the idea that design can and should be used to change society for the better, and we aim to do so in whatever small way we can."

Kaizen Collective's annual images beautifully exemplify this spirit. Starting in 2009, their first year, Kaizen Collective made a New Year's card as well as a Chinese New Year poster. The next year they created another New Year's card print and another Chinese New Year poster print. And now it is a tradition that Moll's and Starace's friends and family look forward to every year.
"Individually, I personally have enjoyed concepting and designing the New Year's cards," Moll says. "Lisa has really enjoyed designing the Chinese New Year posters. As each year passes, it brings on the new challenge of rendering that year's animal in the illustrative style that she has established. She cuts all of the original designs out of rubylith, which really allows her to be hands-on with the design, which gives it a non-precise, human quality."

This year, the Chinese New Year falls on January 23rd, commencing the Year of the Dragon, which signifies a year of good fortune. May that ring true for us, one and all!